The Municipality of Argostoli is the “heart” of the island and consists of the capital city itself, the outlying villages, and ten communities which were added to the administrative region in 1999.
It is an area of unparalleled beauty, providing warm hospitality for visitors, as well as being a close-knitand supportive community for the locals residents.
Kefalonia is the largest island in the Ionian Sea, and the sixth largest in Greece. It covers an area of 750 square kilometres, and the highest mountain peak (Megas Soros) on Mount Ainos towers 1628 m above sea level. It has undergone continual geological changes due to the island’s location in an earthquake zone; the most notable earthquake taking place on 13th August 1953.
The Municipality of Argostoli is the largest municipality, not only on the island of Kefalonia, but on all the Ionian islands, covering 151.570 square kilometres. Within its borders lie mountains, as well as the plain of Krania.
The capital of the Municipality, Argostoli, is also the capital of the whole island, and is situated on the eastern side of the peninsula of the same name. 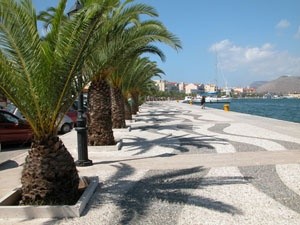 Argostoli is a relatively modern town, having been completely rebuilt following the 1953 earthquake.
The 2001 census recorderd 9.037 residents living in the town, which is also the capital of Krania, a region that stretches down towards the south-west of the island.
The Bay of Argostoli, round which the town is built, is one of the safest natural harbours in the world.
The city was built in 1757, taking over the role of capital from the Castle of Saint George, 5 km from the town, which had been the capital up until then.
When the Ionian Islands came under British rule in 1810, Kefalonia had its own British Governors.

One of these, De Bosset, carried out a lot of engineering works in Argostoli, and constructed the one-kilometre stone across the bay.
The old town of Argostoli was more picturesque than it is today, as the architecture was greatly influenced by the Italians.
One of the “mysteries” of Argostoli can be found at Katavothres, the site of a rear geological phenomenon 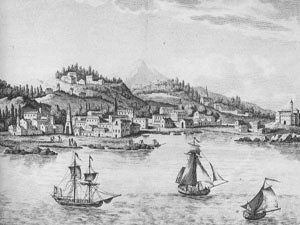 According to the historian Thoukididis, “Kranion Gi” (Land of Skulls) gave its name to the first municipality formed on 17th December 1864- The Municipality of Krania.
The emblem of the Municipality at that time has remained the same to this day: the mythical hero Kefalos with his dog, Lelapa.
Initially, the Municipality was restricted to the limits of the capital and its environs.
However, Argostoli developed rapidly. It was only the second town in Greece to get electricity and a sewage system, and quickly acquired museums, tree-lined avenues, squares, stylish mansions, abundant institutes, a PhilharmonicBand, theatres, small business units and sports facilities.

Thus, Argostoli developed both artistically and intellectually.
The bombardment of Argostoli by the Germans in 1943 during the Second World War was followed by the damage caused by the 1953 earthquake, which left the city virtually obliterated.

Today, it is a modern city that can compete with the best provincial capitals of Greece. 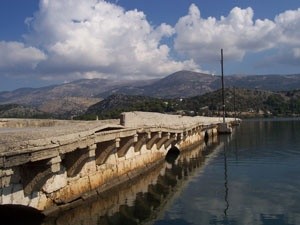 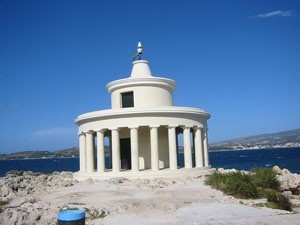 It was built in 1829 during the British rule and was constructed by J.P.Kennedy. 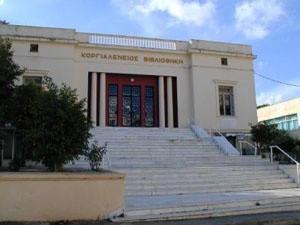 Ancient Krani
The area between Razata, Koutavos and krania is the historical region of Ancient Krani, which was one of the four cities – states of Kefalonia.

Chamber tombs in Kokolata-Razata-Kobothekrata
Excavations in the above regions uncovered archaeological finds and funerary objects, which are now on display in the Archaeological Museum of Argostoli.

Kabana Square (Bell-tower Square)
Once the centre of the town, Kabana Square has historical connections with Argostoli’s struggle for freedom. 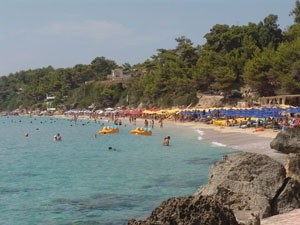 Agia Kiriaki
On the road to the north of the island, below the village of Agona, the picturesque beach of Agia Kiriaki (Saint Sunday) unfolds at your feet. Small tavernas by the waterside offer visitors fresh fish.

Gradakia
A small beach very near Argostoli, with blue waters, black sand and rocks to entice swimmers and snorkellers.

Minies Beaches
Long, narrow beaches extending along the western and southern sides of the airport. Some facilities exist, and the clear waters are ideal for swimming. 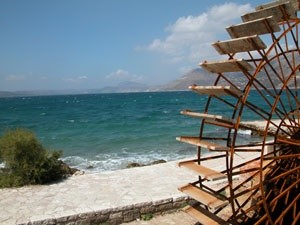 In 1835, an Englishman, Stewens, discovered that the sea water was flowing underground and disappearing through sink holes in an area called Vliha to the south of the Argostoli peninsula.
Many attempts were made to explain the phenomenon, but in 1862 a theory was put forward by Unger. In 1963, Unger’s theory was proved to be correct when dye and radio-isotopes were dropped into the water by Mαurinkai Zoelt as the sea disappeared underground. Two weeks later, traces of the substance reappeared in the water flowing through Fridi and Karabomilos near Sami.

Koutavos
Argostoli’s delightful salt-water lagoon on whose shores the ancient capital city of the island was located.
Koutavos’s ecosystem plays host to some of the rearest species of Kefalonia’s flora and fauna.